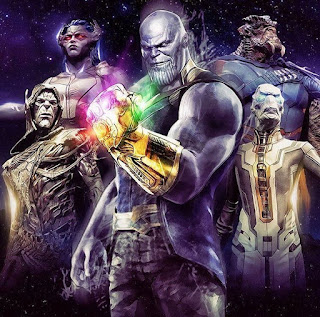 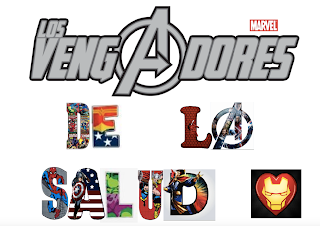 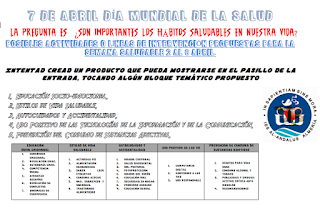 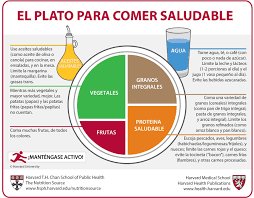 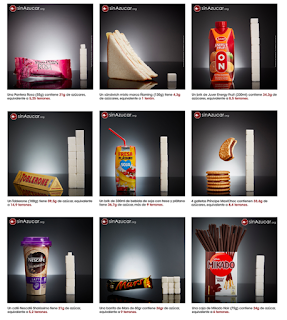 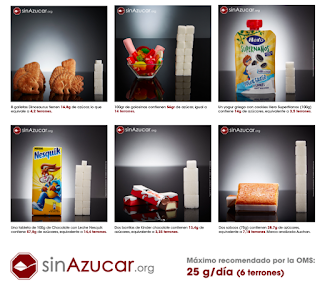 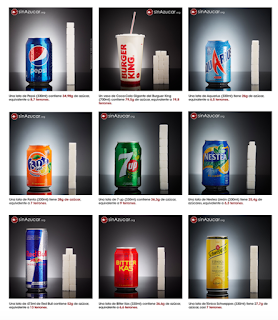 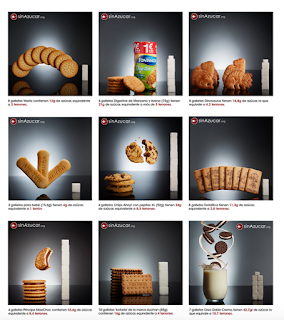 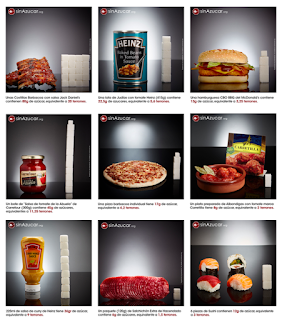 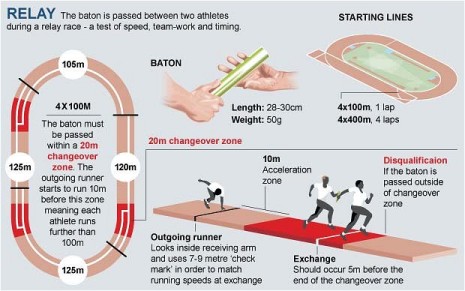 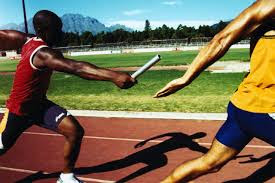 A relay race is a race that is divided into four runners who carry a baton during the whole race, and they hand it to the next person when they have finished their part of the relay.
Relay races are the only team events in Athletics. There are two types:
4 x 100m.
4 x 400m.


2. Carrying the baton:
a. 4 x 100 metres. Four by one hundred.
The first and the third runner will carry the baton in the right hand and they will hand it to the left hand of the second and fourth runner.
The first and third runners run the bend, and the second and fourth runner run the straight.
In 4 x 100 metres, the responsibility of handing over the baton lies with the person handing it over because the receiver must not look behind and they must wait for the person to say go and then extend their arms.
b.4 x 400 metres. Four by four hundred.
The main difference in between both techniques is that the receiver can look behind and for this reason the responsibility lies with the receiver.

The rules are different in each event:

-Each runner has to run all the 100 metres on his assigned lane.
-There is a 20 metres zone ,called “exchanging zone”, where the athlete can receive the baton. There is also a zone of 10 metres ,called “flight zone”, where the athlete who is waiting for the baton starts to run.
-After passing the baton, the runners should stay in their lanes until the course is clear of other athletes.Obstructing another team means disqualification.
-The athletes are allowed to put marks on the track, but objects are not allowed.

-The first runner has to run in his assigned lane the whole lap.
-The second runner must run the first 100 metres in his own lane, but once he gets to the bend he can run to lane number one. 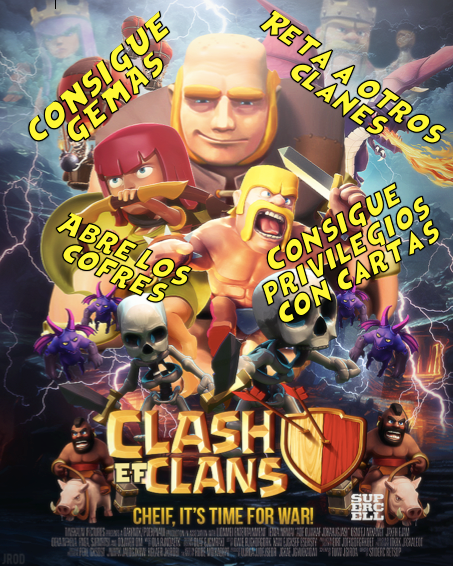 Fitness testing is a way of gaining information about the health related and skill related components of an athletes fitness. Testing can take place in a number of environments, with laboratory testing being the most accurate, however there is still a large range of tests that can be carried out, away from a lab, which provide a lot of useful information.

WHAT IS AN EMOTION? Emotions are subjective experiences that arise spontaneously and unconsciously in response to the environment around us. Emotions have two components: - Physical reaction (rapid heartbeat, etc) - Conscious experience or feeling. Emotions are complex and have both physical and mental components. Generally researchers agree that emotions have the following parts: Subjective feelings, physiological responses (body) and expressive behavior. Emotions can rule your life – or you can control them. It’s worthwhile learning to control them, just so you can respond rationally in tough situations, and not allow your thoughts to drag you down into despair and depression. It’s a much lovelier life when you’re in control! 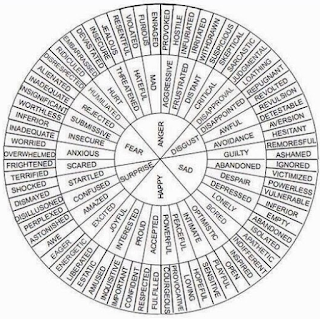 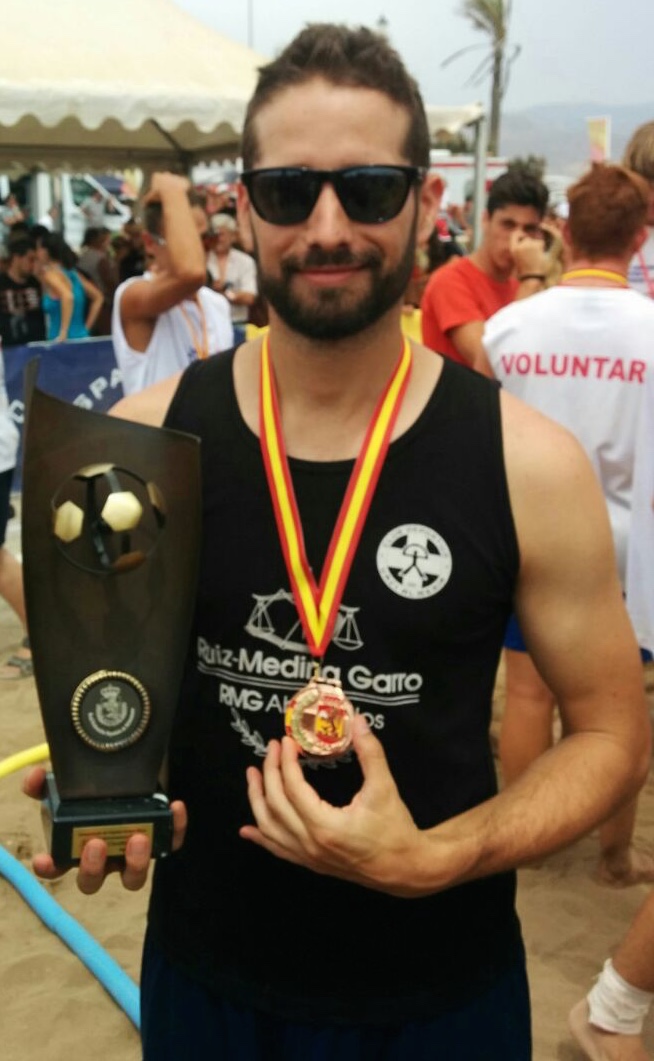